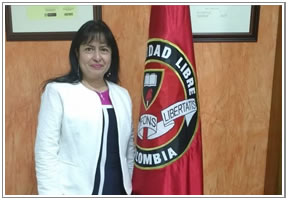 It is necessary for women leaders in engineering, to be motivating sources so that other women opt for the study of engineering.

As a female leader of engineering in Colombia, what are some key points of your experiences that you would like to share with our global community?

I am the Dean of the Engineering Faculty at Libre University - Bogotá Section, an institution that in a few years will celebrate its first centenary, with experience in engineering since its foundation, which had an interruption in its activities. Engineering was restored in 1962, with the metallurgical engineering program in the city of Bogotá. The program was relevant to the time, since the country was emerging from rural development and a peasant economy and turning to greater urban development, with the direction of the government in power seeking for the industrialization of the country. Later, programs in industrial, environmental, mechanical and systems engineering opened in the city of Bogotá, with the vision of providing professionals to meet the needs of the country. The Libre University, within its philosophical thinking and its operational strategies, links a significant number of its graduates to be part of its organizational structure and working teams. This is how I became involved as the director of the industrial engineering program at Libre University, and from that moment, the top management has promoted my transit through different positions including Academic Secretary of the Faculty of Engineering, Administrator of the Bosque Popular Headquarters, and Administrative Director of the National Planning Office of the University. Along that path, I have executed projects of different nature both at the levels of infrastructure and organizational processes, contributing to achieving the goals that are set by the University.

In 2011, I was invited to participate in the execution of a project from Ecopetrol and was linked as part of the project management team by the Canadian company Lavalin Snc, who were responsible for Project Management. In my new role, I had the opportunity to interact from the first phases of project initiation to the execution phase in the field, with the participation of engineers from different disciplines, exercising the role of integrating engineers and reporting to project management. After four-and-a-half years, and while in the field in the execution of the final phase of the project, I was invited by the direction of the Libre University to participate in the provision of the position of Dean of the Faculty of Engineering, and this is how since January 2016, I was appointed by the Directive Council of the Sectional in charge. I consider it important to mention this experience, in spite of the knowledge and previous experience in the University, this exercise carried out in the project from Ecopetrol, provided me with knowledge that has been key when it comes to exercising the role of Dean. On many occasions, Deans are professionals who have been part of the academic world, causing a certain disconnection among the needs of the productive sector, the State, private enterprise, and the academic training of professionals. This has led me to have a working vision that is oriented towards closing the knowledge gap that raises between the professionals who graduate and the needs of the environment.

In October 2017, I was nominated by the Principal of Libre University as a candidate for the elections of the university representative to the National Professional Council of Engineering (COPNIA), an entity that is in charge of issuing the professional registration for engineers to exercise the profession in Colombia and to judge the cases related to the ethical exercise of engineering, In this meeting, I was elected before this Council by a majority of votes as the Regional Representative for the Universities, for the period 2018-2019.

What is the graduation rate of women engineers in the Libre University? Is this on trend with other universities in Colombia? Is there a program to increase the enrollment of young women leaders in engineering disciplines?

During the last 7 years (2011 - 2017), the graduation rate of female engineers in the Faculty of Engineering of The Libre University has been 899 women out of a total of 2157 graduates, equivalent to a 41.68%. The industrial and environmental programs register a higher rate of female graduates, at 35.47%; however, systems and mechanics programs barely reach 6.21% of the female population. Despite the fact that in Colombia women have managed to find their way and make-up a majority in multiple working areas considered engineering, an important record has not been achieved.

A study of women in higher education from the Ministry of Education draws this situation with an alarming figure: the career with the lowest number of enrollments by women is mechanical engineering (9%), followed by electrical (10%), electronics and telecommunications (14%) and systems and telematics (26%)—a situation that reflects the trend also in Colombia and in particular in the disciplines of mechanics and systems, which are part of the offer of the Faculty of Engineering of The Libre University. Being aware of this situation, this office has been formulating different strategies, among which I consider mentioning the participation in events such as the “IX Professional Orientation Forum, cycle 2018-I" organized by the Women for Colombia Foundation on May 5, 2018. The event provided 1,000 high school girls (from 9th to 11th grade) with an orientation on engineering programs, motivating them to study engineering. This event of divulgation is projected to be carried out in the facilities of Libre University during the second semester, with the participation of several leading engineers, who will have the mission of delivering speeches that motivate these girls to study engineering. It is important to invite women to participate in science, engineering, and technology issues, considering that the best way to do this is to invite professional engineering women in the exercise, who will transfer those experiences and recommendations to female students in a female language, challenging and increasing their participation in these areas. It is necessary for women leaders in engineering, to be motivating sources so that other women opt for the study of engineering.

Another strategy developed by the Faculty of Engineering is visiting schools and inviting schools to visit the university, which we have called the "Physics Show". Teachers in the subject area perform acts in which they explain in a practical way the principles of physics, with the vision of bringing students to this science so that students can assimilate the subject in a closer and more interactive way. Additionally, we are participating in the formulation of projects whose foundation involves elements from the STEM for teaching basic sciences of engineering and in this way reach a significant number of middle school students.

Regarding engineering education, we have been leading a process to update the curriculum of programs at the national level, with the aim of achieving the development of programs that contain the elements that will allow reaching the professional profiles and competencies with which our students must graduate, in order to meet the demands of the environment, nationally and internationally. For this purpose, a review in the light of different criteria such as number of credits, number of subjects, contents of the syllabi and evaluation methods, among others have been made. Similarly, a training plan for teachers has been developed in parallel with a view to raising the levels of bilingualism and the use of virtual resources for engineering education, and others, also seeking to upgrade teaching methods in engineering.

How would you characterize the current relationships between Libre University and industry?

The Libre University has a good image and positioning, a reason why I believe there is trust and credibility in the work that is being carried out, a statement that is based, on one side, on the dynamics that the environmental office has been developing through which we have been executing consulting contracts, with the participation of teachers, students and graduates from the Faculty; who have given an important visibility to the Faculty of Engineering, and that nowadays receive different convocations for the participation in projects that are oriented to environmental care and sustainable development. On the other side, we have agreements with a significant number of companies to carry out the business practices of students, and the demand for students is high. Sometimes we do not meet the requests of companies to conduct these business practices, as we receive applications from new companies that are interested in linking our students in practice. Likewise, we have alliances with public entities, among which I consider mentioning the one we have with the District Planning Secretariat of the Mayor's Office of Bogotá, with whom we recently participated as a pro-bono logistics operator for training a group of more than 7,000 people in Bogotá, other cities in Colombia and some Colombians abroad, along with students from the Libre University, on the theme of the "Internet of Things", with the cooperation of the Junior Achievement Foundation and CISCO.

In your opinion, what are some of the important issues that should be addressed by the global engineering community, particularly by engineering deans, in order to further strengthen interregional communication and continue to globalize this field of study?

The issues of engineering both by the community of deans in Latin America and  globally, have been practically enunciated and participated in international events and topics such as the eradication of extreme poverty and hunger, the promotion of gender equality and empowerment of women, to guarantee the sustainability of the environment, to protect cyberspace, the development of general and urban infrastructure, increase the use of clean energies in responsible mining, the management and availability of water, the sustainability of productive processes and the care for the environment, analysis and prevention of risks and catastrophes, among others. These statements are part of the conclusions of the first Latin American Engineering Congress held in the previous year in Argentina, organized by CONFEDI. I believe that, if the implementation of joint research projects is achieved in several of these challenges for engineering, the finding of solutions to joint problems in the global environment could be reached and in some way accelerated, by enabling tests from different climatic, social, cultural, and technological conditions and the application of resources from various sources. In fact, in this same event working groups of deans in Latin America were organized, including a research group where information has been shared in the research lines that are being worked on, seeking to generate a joint working dynamic. 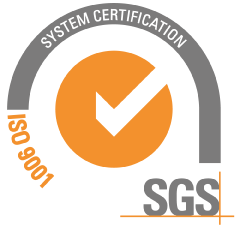